Said to be New Zealand’s largest ever distillery, the development will in-time produce the entirety of Scapegrace's current portfolio of super premium gin and vodka, alongside its soon-to-be released single malt whisky, with plans to expand into other products further down the line.

Located on Lake Dunstan just 45 minutes from Queenstown, 30 minutes from Wanaka and 10 minutes from Cromwell, the property is poised to entertain locals and tourists alike in the coming years. The prominent, 36 hectare Central Otago parcel overlooks both Lake Dunstan and Mt Pisa, boasting uninterrupted views of the historic Bendigo mountain-scapes.

Founded almost 10 years ago by Wanaka-based brothers in law Daniel Mclaughlin and Mark Neal along with Richard Bourke, the trio had an enduring vision to produce superior spirits from New Zealand which could be sold in all parts of the world. Fast forward to the present, where the brand is now distributed to 35 countries and has picked up countless international accolades, including its biggest honour, the world’s best London dry gin at the prestigious International Wine & Spirits Competition in London 2018. 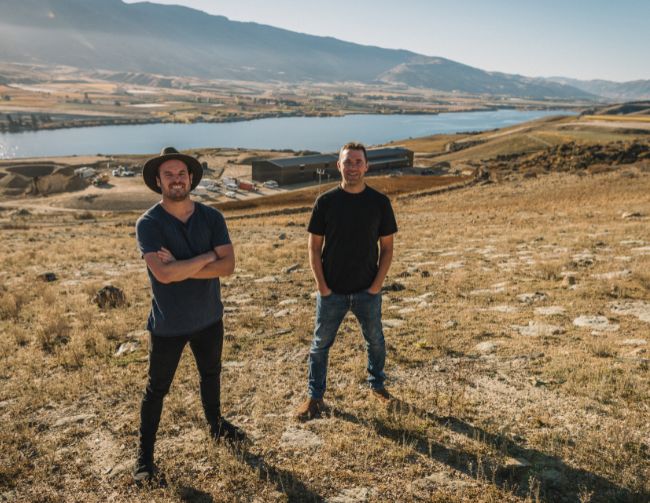 The Central Otago property provides the perfect climate and water quality for producing whisky. “The 45th parallel (half way point between equator and south pole) runs directly through our distillery site, giving us extremes in hot and cold temperatures – an optimum environment for aging whisky. Naturally the pristine water quality is also ideal for distilling gin & vodka, pulling from glacial run-off from the Southern Alps. And with almost 60% of shareholders based in Otago, as well as our Chairman Peter Kean who was born and bred in the region, it always felt right” says Managing Director Mclaughlin

Construction has already commenced on the first building which contains the new Scapegrace head office, bottling hall, warehouse and the first barrel room, due to be open in August 2022. Each barrel room holds almost 2000 casks of whisky with 3 more barrel rooms planned over the coming years. The second building which contains the new distillery opens in October 2023. The Scapegrace Distillery property plans to open with a substantial food & beverage experience and distillery tour offering. The buildings will be 4500m2 once completed and eventually more than 35 employees will be on site across a mixture of roles. 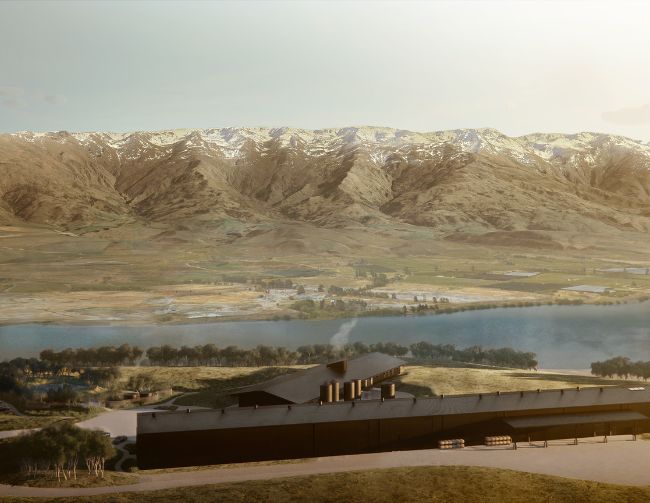 Above: The site near Lake Dunstan.

Scapegrace marketing director and co-founder Mark Neal adds “We made the decision early on to create a world-leading distillery with sustainability at the forefront, so together with the experts at Cheshire we have factored that into every decision we’ve made”. When mapping carbon footprints Scapegrace decided to switch from traditional fossil fuel boilers to electrode boilers.

The distillery building structure itself is to be constructed from timber rather than steel, while the team have decided to look at re-purposed stainless steel tanks, rather than investing in new units. “Each decision is an incremental step forward in our quest to eventually become carbon neutral and create a property that enhances the region”, says Neal. 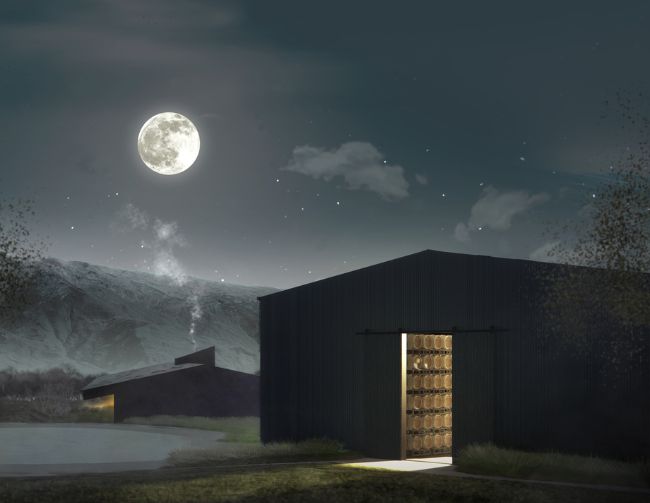 Above: The Scapegrace Barrel Room

This approach has been applied across the entire project. With a goal to not only enhance its product offering but also foster the community and give back to all who visit the property, the Scapegrace team is already planning a regenerative planting programme that will see $150,000 worth of native Kanuka replanted on the site. Plans are also underway for a walking track through the property allowing locals and visitors alike to pour through the site and enjoy the historic setting including remnants of historic gold mines that will remain as a point of interest for visitors to the property.

The Distillery is planned to open to the public approximately November 2023. 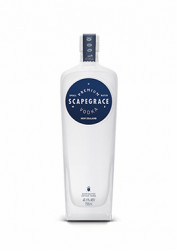 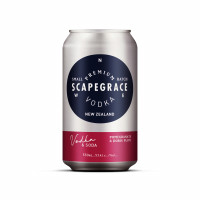 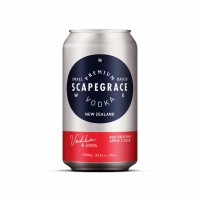