Reefton Distilling Co. has an exciting year ahead celebrating the 150th anniversary of Reefton, once known as Quartzopolis because of the gold-bearing quartz reefs in the region

2021 sees the small West Coast town of Reefton marking its 150th anniversary. The official celebration was held on January 17th - 150 years to the day after the name Reefton was officially recorded.

Established in 1870, just a few years after the discovery of gold-bearing quarts reefs in the area, the town was originally set up alongside the banks of the Inangahua River on 'The Strand'. A few years later, a flash flood swept half the town away. Undeterred, the enterprising locals moved to higher ground, rebuild the entrances to their businesses on Broadway, which then became the main street. Reefton's history is defined by moments of innovation and entrepreneurship; in 1888 it became the first place in the Southern Hemisphere to have a public supply of electricity. By 1889, Reefton had two banks, sixteen hotels, three schools, four churches and two daily papers.

Much has changed over the past 150 years, but many of the original buildings still exist. Reefton is the home of Little Biddy Gin, named in honour of Bridget Goodwin, also known as Little Biddy. Biddy is one of Reefton's most talked-about characters; a four-foot, trouser-wearing, pipe-smoking female gold prospector who lived with two men, neither of whom she was married to. Find out more about this fascinating character here.

It's likely that Biddy called into many of the buildings now housing Reefton's current establishments, including Harold Bros' general store on Smith Street, now home to Reefton Distilling Co. Built in the 1870s, the store sold shoes, haberdashery and distilled vinegar. A few secrets were revealed during the renovation; an old gin bottle found under the floor now takes pride of place in the cellar door.

Founder and Chief Executive Patsy Bass plans to add the success story of Reefton Distilling Co. to the history books. Looking for ways to contribute to the revitalisation of her home town, Patsy wanted to build a business that would create jobs and become a tourist attraction. A one-hectare site was secured on the edge of town just as the country went into lockdown in March 2020, with plans to move to a larger location as soon as possible.

With fitout now in the final stages, Plans for Reefton Distilling Co.'s expansion is now underway, creating new jobs for the region; and Patsy and the team are working to meet the growing demand of Little Biddy Gin, Reefton Distilling Co., Liqueurs and Wild Rain Vodka (anyone who's been to the South Island's West Coast will know where that name came from!). The move to the larger premises will also see them lay down their first Moonlight Creek Whisky this year.

As part of the anniversary celebrations, The Quartzopolis cocktail is a nod to the classic gimlet with a grilled orange syrup. Click on the link to give it a whirl! 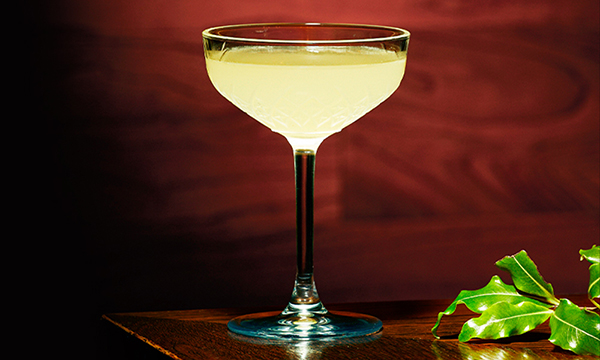